First outing of social group to BBC Newcastle. We were taken around studio by Mark. Great guide. Shown Radio Newcastle. Members took part in radio play and also presented news, sport and weather. Then we were taken to television studio where Look north, Sunday politics, late night football are produced. This was a great tour. Positive feedback from members who visited. Next group will be going on 29th September lead by Wendy Kennedy. 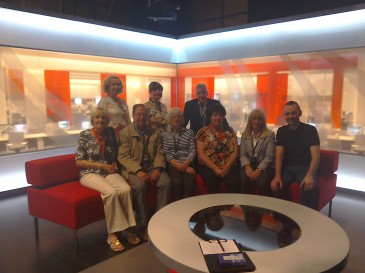